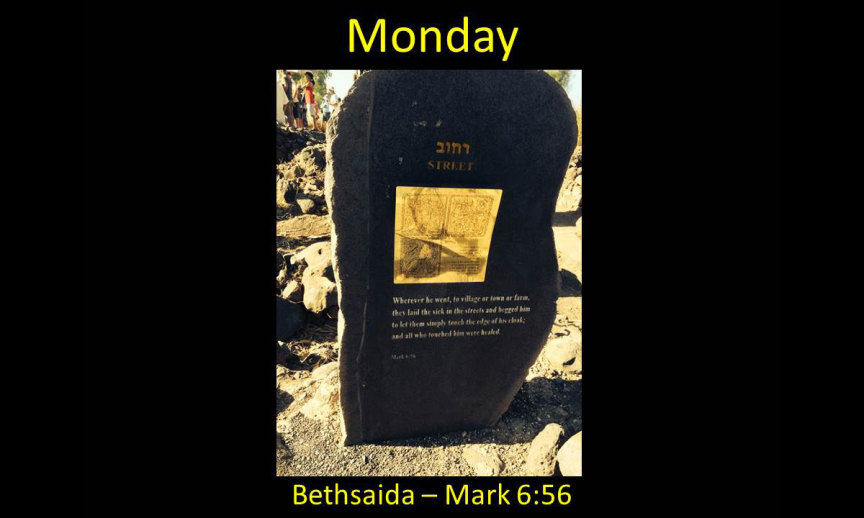 Being a Christian does not exempt you from life’s hardships, pain, or suffering. Because God did not spare His own Son from suffering, why should He treat us any better? In His mercy, God gives myriad promises to the man of faith; but one promise He withholds is the promise to spare you from adversity or pain. This included the patriarch Isaac, who shows us how he conquered adversity and a potential enemy with love.

When God put stress on Isaac’s family, the clan experienced hardship due to fighting. The twin boys, Jacob and Esau, were as different as night and day and they fought like cats and dogs (Genesis 25:23). One was a deceiver and the other a degenerate. One was a mamma’s boy and the other a daddy’s boy. The fighting and conflict between the two boys brought tension and stress between parents Isaac and Rebekah.

Moreover, Isaac’s family experienced stress from outside foes and foreigners. The famine in the land had forced Isaac to relocate his family (Genesis 26:1). They moved to a new place where they had no friends and they lived among hostile enemies. Moving to a new place always brings stress to a family; how much more stressful it is when you must also face hostile adversaries.

Isaac’s family also experienced the stress of fear. Isaac feared for his life in Gerar among the Philistines. He was afraid the men might kill him in order to have Rebekah, his beautiful wife. Isaac’s family also experienced the stress of falsehood. Isaac, out of fear for his life, lied about his wife and told the Philistines she was his sister. This was the same sin of falsehood his father Abraham had committed twice with Sarah while they were in Egypt. God warns that the sins of a parent are visited upon the children to the third and fourth generation.

Few things are harder to maintain for a long period of time than a position of lying or falsehood. If a lie is to be perpetuated, one’s whole life must be reconstructed around it, else it be revealed. Generally, it is only a matter of time before the lie is exposed. One lie generally leads to another, compounding over time to create a house of cards that eventually collapses.

Famine also attacked Isaac’s family. They literally did not know where their next meal was coming from and faced a severe shortage of food. One might suspect that Rebekah was experiencing serious discouragement and depression from her husband distancing himself from her. Facing what she was, Rebekah must have been hurting. She was probably lonely, tired, afraid, and angry over her situation. She was facing the kind of multiplied crisis that can turn the most stable person into a bitter, angry atheist.

God always tests people He wants to bless, and God’s test offered Isaac the opportunity to use the famine and adversity to strengthen his family. “When Isaac had been there a long time, Abimelech, king of the Philistines, looked out through a window and saw Isaac caressing Rebekah, his wife.” (Genesis 26:8). Understand that the word caressing, or sporting, comes from a root word that means to make laugh. It is a beautiful word that describes how Isaac was comforting, caressing, and consoling Rebekah. He was showing visible affection by kissing her and loving her, caressing her in his arms. This sent the message to her and the boys that all was well as long as there was love, for love conquers all and covers a multitude of sins (1 Peter 4:8, 2 Peter 4:18).

Now conquering fear, famine, and fighting were not Isaac’s only tasks. Abimelech was no fool, and knew no man would kiss his sister like that. Thus, Isaac’s lie was exposed and his house of cards came crashing down. But the love Isaac showed his family conquered the heart of Abilmelech, who chastised Isaac but also protected him. For using love to conquer many adversaries, God blessed Isaac and made him a rich man.

Isaac was able to turn adversity into victory (Genesis 26:11) because he used difficulty as an opportunity to strengthen his family. Isaac was facing the kind of crisis that would usually end a divorce in the 20th century family, but he kept his marriage together, not by his perfection (he was not a perfect husband), but by his passion.

Love is normal, for God is love (1 John 4:16). Jesus told us to show love to our enemies (Matthew 5:44), which is just what Isaac did – he showed Abimelech he loved his wife and family. Adversity often breeds fear, but perfect love drives out fear (1 John 4:18). How will you drive out fear in your life today by using God’s love for you and others?

Title: He Is Risen!

Today is the most glorious day on the Christian calendar. Today is Resurrection Day, or Easter, the day when Jesus Christ, the Lamb of God,… ... Read more

If these devotionals are a blessing to you, please consider a secure donation today via PayPal